Raw Goat Milk for Dogs and Cats: “The Universal Milk” 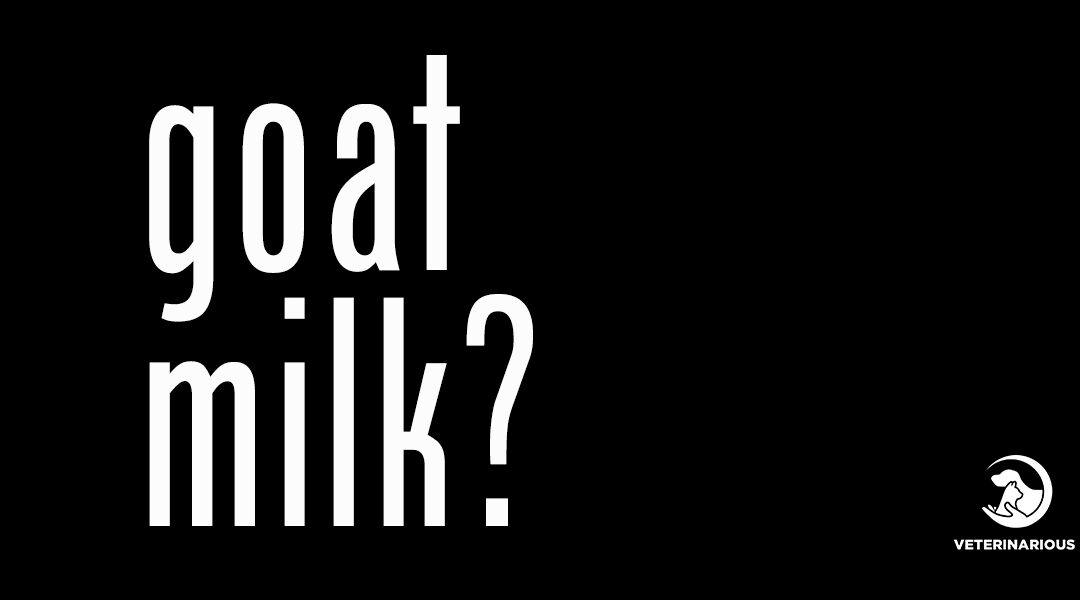 The image of a little cat lapping at a bowl of milk is so common, but when you get down to the nitty-gritty, it’s actually one we should ditch. Milk for our animals is a controversial topic – and most pet parents probably don’t make a habit of adding milk to their pets’ food…

But maybe you should be.

Should our pets actually be drinking milk? It might surprise you to learn that cow milk isn’t great for them (we’ll talk about that in a second). But not all milk is a no-go – just the type you picture with that cute little cat. Goat milk for dogs and cats is a healthier, far more digestible option, and one that’s full of nutrients that support digestion.

So, why reach for the goat milk for fluffy or spot – and why leave the cow milk on the shelf? Let’s dig in.

Did you know that goat milk is actually the most consumed milk in the world? It’s true. However, in North America, many of us still reach for cow’s milk when we’re at the grocery store. And chances are, the cow milk in your fridge has been processed. That’s done to remove any of the harmful bacteria present in the raw form. This involves heating the milk – or pasteurizing it. However, when you heat to pasteurize, you kill off good gut bacteria and enzymes along with the bad bacteria. So, you’re losing all those beneficial probiotics our animals’ guts love!

One of those enzymes is lactase. Pets need this enzyme to break down the sugars in lactose. The thing is, when you cook milk, you eliminate that enzyme, leaving lactose that’s very difficult for your pet to digest.

But that’s not all. Cow milk is naturally high in A1 beta-casein, a type of protein found in many dairy products. In fact, the protein in cow’s milk contains as much as 80% A1 beta-casein. A1 casein is hard for animals to digest, and it may cause allergies and digestive issues. The other type of casein, A2, is considered to be easier to breakdown, and therefore better for our animals. Can you guess which type goat milk has? That’s right – A2.

Goat Milk for Dogs and Cats: The Benefits

There are plenty of reasons to add goat milk to the rotation.

Firstly, it’s an amazing probiotic! Raw goat milk for dogs comes straight from a goat, so all of that good gut bacteria stays in, rather than being cooked out by the pasteurization process. Those friendly bacteria, also known as probiotics, aid in the digestion of food, fight off harmful pathogens, filter out toxins, make nutrients and vitamins, and strengthen the immune system. There are billions of them in the gastrointestinal system of all animals (and humans too). Feeding probiotics help build and bolster those communities, supporting overall digestion.

In addition to supporting digestion, goat milk does several other things as well:

Is Raw in Issue?

As mentioned, most of us drink pasteurized milk. That means that it has been heated and processed to remove the bacteria.

So is feeding raw goat milk an issue?

Thankfully, no. Raw goat milk is actually considered the “universal milk,” partially because it is universally tolerated for mammals. Any animal can safely consume raw goat milk. And because it’s raw, your pet can digest it in as little as 20 minutes.

Remember that lactase we mentioned earlier when we were talking about cow milk? Well, raw goat milk is full of lactase to make the milk easy to breakdown and digest. Plus you’ve got the A2 beta-casein, which, as mentioned, is much easier to digest and isn’t linked to the same issues as the A1 casein found in cow milk.

How to Feed Goat Milk for Dogs and Cats

You can serve raw goat milk to your dog or cat by itself, over kibble (canned food for cats), or even as a healthy topper for raw food! It’s also a great way to rehydrate dehydrated food. Just use goat milk instead of water. It rehydrate within minutes and boosts the benefits of a freeze-dried diet.

How much to feed?

Goat milk for dogs or cats can make up to 20% of your animal’s daily diet. Start out with a small amount and work your way up to that.

Or, go by your pet’s weight:

Now, that might seem like a lot, but it’s a-ok to give this much. But if you want to adjust it, that’s cool too!. Use your best judgement and cut those amounts to whatever you’re comfortable with.

Goat milk for dogs and cats makes a great addition to a complete and balanced meal to boost the nutrition factor. And trust us, they’ll love it!