CBD and Cushing’s Disease in Horses 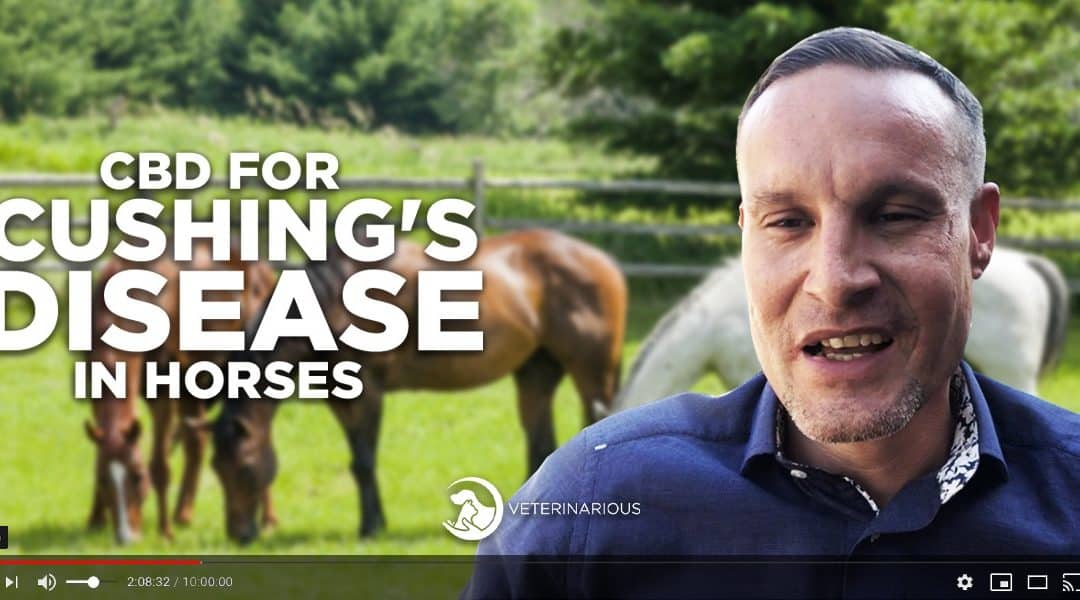 For those of you with horses, you know well the bond that’s created between you and your equine companion. When a health concern arises, you immediately get concerned or stressed, and start looking for ways to heal your horse.

Our friend, Medical Hemp and CBD researcher Ian Pedersen sat down this week to talk about Cushing’s Disease in horses, and the role that CBD can play in managing this condition.

We’d like to thank Ian for taking the time to walk us through the link between CBD and Cushing’s!

We’ve spent years researching and working in the equine community. Our extended research has been in the farrier community as well as in support of the horse racing community.

We have been working for many years on this research now. Our research with the equine community specifically started about 4 years ago when we had the opportunity to work with a horse by the name of Maggie. We’ll get to Maggie in a bit.

Cushing’s Disease in horses, as you may or may not know, is an endocrine disease affecting the pituitary gland. It’s regularly known as Pituitary pars intermedia dysfunction, or PPID.

Cushing’s is a disfunction that’s happening at a central nervous level. It manifests as an excess of pituitary function that can lead to many different issues, including:

It is something that most horse owners really want to avoid. And because it’s something that the horse community is dealing with on a regular basis, we felt we could help address it.

With our research specifically in supporting the pituitary gland, and specifically with Maggie, what we realized something important. By supporting the endocannabinoid system (ES), which is the central nervous system’s governor, it gives us (or our horses) the ability to proactively self-regulate. Now this is key because we want to give the horse the ability to naturally support herself. And we can do that by supplying it with cannabinoids.

What we’ve found through our research, both with horses and many other animals and humans, is that we’re able to supply much needed beneficial proteins that essentially are converted through the ES by taking in those cannabinoids. By taking in these phyto-rich cannabinoids, the body can convert these key cannabinoids into these key proteins. Some of these key proteins include things like anandamide. These proteins do things like support critical brain and organ function, and play a major role in the cardiovascular system.

This speaks to the communication that your horse would be specifically receiving with inflammation. That means that if your horse has inflammation, her body is sending and receiving those signals through the ES. Those pain signals get sent back and forth between cannabinoid receptors.

Your horse has cannabinoid receptors all throughout her body. By supplying her ES with cannabinoids, it’s able to support the areas of need. What these receptors can do with these cannabinoids is send and receive signals of support. This is crucial.

When we look at the functions that are happening at an involuntary level, if we can begin to support them with these cannabinoids, we can really begin to see some amazing benefits.

Picture your horse’s body as filled with tiny cell phone towers that send and receive signals throughout the cardiovascular system, the organs, and the brain. All day long, those cell phone towers receive those messages and send them where they have to go.

With respect to the pituitary gland in particular, there is an excessive amount of these signals going back and forth. In this case, what we want to do is supply the pituitary gland and the central nervous system with these beneficial cannabinoids to perhaps reduce the number of messages. As these cannabinoids go into the body, we start to see these disparities lower-regulated or changed. So, we see see a regulation of that output from the pituitary gland.

This happens with pain signals as well, and inflammation. What we see with pain is that the signals being sent in the brain synapses from CB1 to CB2 receptors in the cardiovascular system are being calmed, because they’re being supported. Now the central nervous system is being calmed because the ES is receiving what it needs to relieve the confusion or the disparity that’s happening.

So, cannabinoids not only regulate the communication of the central nervous system and the pituitary gland, reducing, potentially, the excess, but also those pain signals and those inflammatory signals that are sent through those receptors.

I’d like to talk about a specific case today, with Maggie, who I mentioned earlier. We started working with Maggie, and what we saw almost immediately was that she had this excess pituitary output. As a result, she had really bad inflammation, her nerves and her temper were off, and she just wasn’t able to regulate any of these levels herself. She was lethargic and tired. These are basic things that happen when you have an overactive pituitary gland or a thyroid that isn’t functioning correctly. By simply supporting Maggie’s endocannabinoid system, what we were able to do was give her the ability to self-regulate. And what it ultimately did was regulate her thyroid and some of her blood-markers, those which we typically see in certain blood disorders.

After working with Maggie for about a year, we saw an incredible turnaround with her. She was an older mare, but it really completely turned her quality of life around and extended her life. At 1400lbs, and at a later stage in life, it was detrimental to her to reduce some of the inflammation that was hindering her.

I was so thankful to have the opportunity to work with Maggie. We’ve continued that research with many others. We know that, because we all share this incredibly beautiful and complex endocannabinoid system, simply supplying it with the natural beneficial cannabinoids we can support it.

Sourcing phyto-rich cannabinoids from hemp-derived CBD has been a complete game-changer in the horse community. It may still be new, but we’re continuing our research every day. 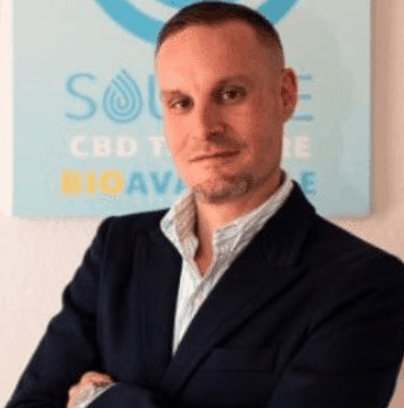 Ian Pedersen is the Founder and CEO of Source CBD Hemp. He has spent years in the cannabis industry learning and researching how CBD can help benefits animals big and small across the globe. He’s a staunch advocate for looking to nature for medicine, both for humans and animals. He lives in Arizona with his family.